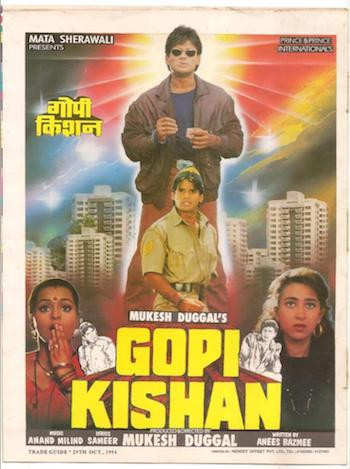 Plot: Gopinath lives a struggling life with his son, Tinku, wife, Chanda and mother. He works in the police force and is a long-time employee but has never received an award or granted promotion since he does not discharged his duty properly. Everyday he prays to Lord Hanuman to grant him his wish and one day when he visits the police station he finds that he has been promoted and is to be given higher wages, he decides to visit the temple and thank Lord Hanuman. From here on Gopinath finds that all his encounter is being conducted successfully with him doing nothing but gets promoted and his salary is rising up more and more. When Tinku is kidnapped by a gangster, Sawant. Gopinath must now go to negotiate the release of his son and here is where he will comes to know that he has a look-alike, Kishen, who may be responsible for getting him promoted and conducting his encounters. Will this new errant prove to be dangerous for Gopinath or will he prove to be a boon?